We're talking to YOU! There's no way you should miss the year's greatest concert. As part of "The Big Night Out Tour," the Goo Goo Dolls and O.A.R. will perform at Les Schwab Amphitheater on Monday, September 4th, 2023. True fans know that between the two of them, there is enough star power to light up any arena. You can trust the duo to give you the time of your life, but you better act fast because tickets are selling out fast. Lucky for you this is the best place to get them but you better be quick because the best seats in the house will go first! 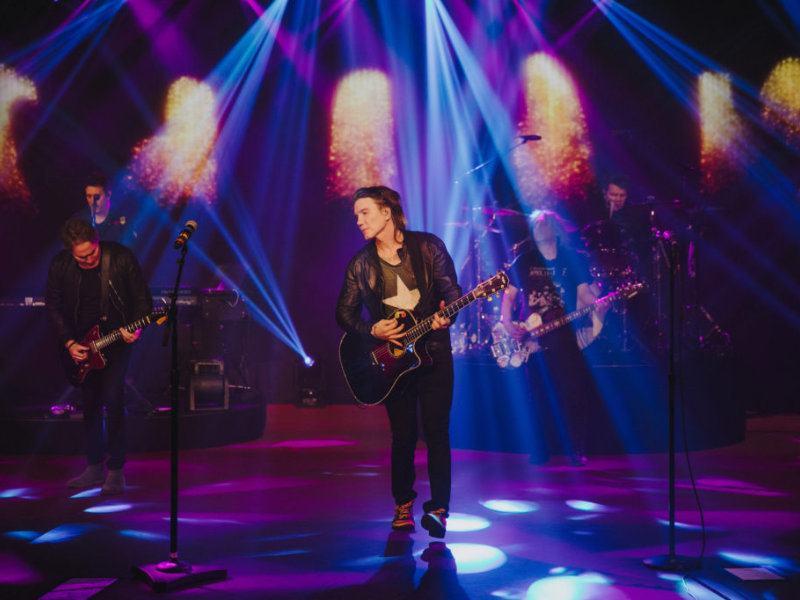 The Goo Goo Dolls were originally formed in 1986 by John Rzeznik (guitar and vocals), Robby Takac (bass and vocals), and George Tutuska (drums) in Buffalo, New York. With the release of 1995's "Name," the band went from being primarily recognized as a cover band to having a major hit. The 1998 release of the single "Iris" solidified the band's status as international superstars. On Billboard's Hot 100 Airplay chart, the song stayed at the top for 18 consecutive weeks during its nearly year-long chart run. In October of that year, Billboard published their list of the "Top 100 Pop Songs 1992-2012," and Iris was at the top of the list. The band's ability to adapt to new styles of music has contributed to their longevity as a unit. Their live performances are unparalleled, and they are deserving of a spot among the greats. For this reason, being present at the show itself will be the best decision of your life.

The Goo Goo Dolls' choice to include O.A.R. in their lineup is a perfect compliment. The name of the band is an initialism for "Of A Revolution," and they formed in Rockville, Maryland, back in 1996. The band consists of Marc Roberge (vocals/guitar), Chris Culos (drums), Richard On (guitar), Benj Gershman (bass), Jerry DePizzo (sax/guitar), and touring members Jon Lampley (trumpet) and Mikel Paris (keyboards). To date, they have released ten studio albums. In no small part due to the overwhelming success of their summer tours and live performances, they have been showered with critical acclaim. Rockville, Maryland is home to four of the band's five members, all of whom attended Thomas Sprigg Wootton High School. They graduated from high school and immediately enrolled at Ohio State. Luckily, Youngstown, Ohio native Jerry DePizzo offered to fill in on saxophone. We're thrilled that they linked up, as their music has given us a lot of fun.

A live performance of "The Big Night Out Tour" will be held on Septmeber 4th, 2023, and you simple must attend along with the rest of the true fans, they are the best people to party with after all. Don't hesitate to click that link and secure the best seats in the house.